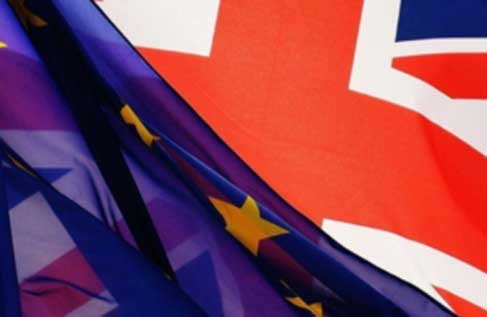 Secretary of State for Wales Simon Hart takes part in event to highlight changes to the immigration and visa system after the end of the EU Transition Period.

Secretary of State for Wales Simon Hart has held the latest in a series of events to talk directly to businesses and people in Wales ahead of the end of the EU Transition period.

The Welsh Secretary joined Minister for Future Borders & Immigration Kevin Foster MP for a live virtual event on Thursday (19 November) to discuss changes to the immigration and visa system.

The UK has left the European Union and new rules for businesses and citizens will begin on 1 January 2021.

Mr Hart stressed during the webinar that all EU citizens living in the UK by 31 December 2020 are eligible to apply to the EU Settlement Scheme and have until 30 June 2021 to make an application.

The Welsh Secretary and Minister Foster were joined by Robert Lloyd Griffiths from IOD Cymru who chaired the discussion and officials from the Home Office who provided an overview of the Future Immigration System following the end of the Transition Period with an opportunity of questions from the audience.

Secretary of State for Wales Simon Hart said:
Our starting position is we are looking for reasons to grant people who are already living and working here status. We understand the impact EU Transition has had on individuals and families. That is why the UK Government has ensured that the process for citizens with pre-settled and settled status will be that they will still able to live and work here as well as access the NHS and enrol in education after the end of the transition period.

Whether you are a skilled worker, a visitor to Wales or a student looking to study here, the UK Government is working to streamline and simplify the immigration system.

Minister for Future Borders and Immigration Kevin Foster said:
I was delighted to be invited by the Secretary of State for Wales to speak at this excellent event, set up to ensure businesses across Wales are ready for the end of the transition period. There was a great deal of useful information shared and some excellent questions asked by a really engaged audience.

Immigration routes will open for applications later this year for those wishing to come to the UK from 1 January 2021. The first routes, the student and child student routes, opened on 5 October

EU citizens and their family members who are resident in the UK before the end of the transition period continue to be eligible for the EU Settlement Scheme. The deadline for applications is 30 June 2021.

Contact us via WhatsApp or send an email to info@asvisaservices.com