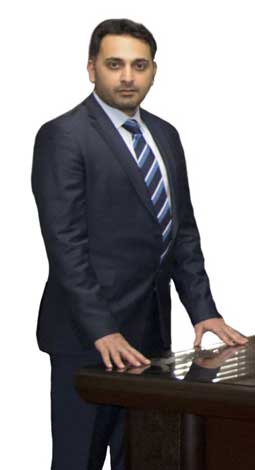 Dr Javanmard has been a member of the Tehran Bar Association and has been awarded as the first-class attorney since 2005. Having graduated from Shahid Beheshti University, obtaining a PhD in Criminal Law and Criminology. He became a faculty member of the Azad University of Tehran and played a pivotal role in running the Criminal Law department. His researches have so far led to a number of books, articles, contributions to edited volumes, conference papers and has been invited to be the spokesman for number conferences across the world.

Dr Javanmard specialises in Criminal Law, in particular in areas such as, economic crimes, money laundering, terrorism financing and fraud. Furthermore, he has substantive expertise in family law matters such as divorce, child custody, deed poll, issues with birth certificates and Iranian ID card. In that capacity, he has experience in Property Law relating to assets being seized by the government due to the immigration of individuals abroad, the breakup of marriage or inheritance.

He has been living in London since 2019, but due to his university Position and Advocacy Affairs, he will also travel to Iran during the year.

Contact us via WhatsApp or send an email to info@asvisaservices.com